Beyond the words: Reading Beverly Eckert's poems... and wondering 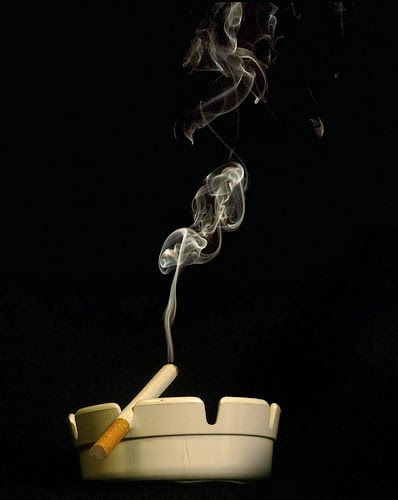 No, I'm not talking about being sweet, or even sticky. I'm talking about concentrated. Intense. Essential -- as in having the quality of "essence" -- something basic and important. Poem-as-syrup is part of a metaphor I use when talking about different genres. A novel is like a tree: expansive, sprawling, complex, grand. A short story is like a leaf: compact, almost like a miniature tree, but self-contained and unique in its own way. But a poem... ahh, the poem. It's like maple syrup because it is intense. In one drop it can tell the story of the whole tree, and not just the tree but the sunshine that warmed it in the summer and the cool nights that colored its leaves in the fall.

A poem, at the end of the day, is many things. At its most basic level, it is a collection of words and their meanings. But the words carry more than their own weight. Because of this, a poem is also the emotions the words arouse. It is the images they conjure. A poem shows the power not only of words as words, but words as rhythm and rhyme, of lines and verses that speak through their length and shape as well as their content.

All of these thoughts came to mind as I read one of Beverly's poems from her high school years at the Buffalo Academy of the Sacred Heart. I'm working on a chapter about these important years in her life, and I've been lucky enough to get copies of some of her poems and other writings. They are wonderful ways to catch a glimpse of different aspects of her character, her state of mind, her emotional journeys. The poems are sometimes straightforward, sometimes enigmatic, sometimes both.

Knowing much of the story of Beverly's life and of her husband Sean's, one verse in particular from one poem has stood out, made me wonder, haunted me even. And one line, that stretches across the page, like a snake. It is from the poem "The Ash Tray," about the vision she has of a snake rising from an ashtray, full of menace. She wants it to go away. "Go back where you came from," she says.

But it began to hiss
And the hissing began to form
Words.
Words like----smoke;choke----coughing----coffin-----breath
Death.

The more I've worked on putting together a story of Beverly's the life, the more I've come across moments that can only be described as strange, unsettling, inexplicable. In this case, it was the writing of a simple poem during emotionally turbulent teenage years. A simple poem that today, after the passage of time and the unfolding of events, seems to convey more than words and their meanings. It carries a hint of mystery, a touch of the ineffable.

Why read (or write) a biography? Lessons from two lives: Beverly Eckert and Sean Rooney 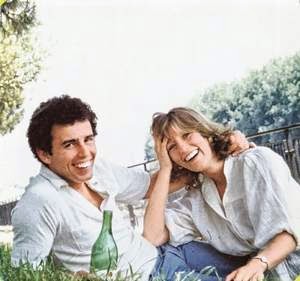 Every September 11th, I think back to the day -- how it gradually evolved from routine to ominous to shocking and... unbearably sad. Like an earthquake, it shifted the path of my life. Now, here I am, remembering the day, remembering Beverly Eckert, who I met because of 9/11. Here I am, thinking about her beloved, Sean Rooney, who perished in the rubble of the South Tower, who I only got to know about through the fond memories of Beverly and Sean's friends and relatives.

I had met Beverly in 2004 because that earthquake set me on a course to "do something" in connection with 9/11. And so, after sitting through a dramatic meeting of the 9/11 commission in a crowded hearing room on Capitol Hill, I spoke with Beverly for the first time. The next day, I wrote an article about the meeting and about Beverly, whose story I began to learn about. She and Sean had met at a high school dance, fell in love, lived a life of joy and accomplishment.

They were on the phone in those last minutes, he struggling to escape from the floors above the inferno, she frantic to give him any information she could to help him. When it became clear that there were no exits, neither through the doors to the roof, which were locked, nor through the stairs and elevators down, which were blocked and spewing intense heat and choking gases and smoke from the inferno below, they began to say their goodbyes, their final "I love yous." They had lived and cherished a life together with many "I love yous." Through the phone, Beverly heard the roaring avalanche of the massive tower coming down around Sean Rooney, silencing his last "I love you." Beverly softly spoke into the phone. "Sean... Sean... Sean..." She sat helpless on the floor of her home in Stamford, Connecticut, clutching the phone, watching the TV image of the dust cloud rising from Sean's office tower high, high into the Manhattan sky.

Beverly sat. She knew. He was gone.

Then she got up.

Her life before 9/11 was as a busy insurance executive, as loving (and sometimes high-strung) partner and wife to Sean, as dedicated daughter, loving sister, doting aunt, and the most thoughtful and energetic friend you could ever ask for. After 9/11, she made an entirely new path. Organizer, advocate, lobbyist -- all for the causes of 9/11 family members and for the future security of the country.

Which is how we met. When I learned Beverly's story, I asked if she would like to work with me on a book. She deliberated for several weeks, then agreed. The process has had its ups and downs, but my efforts over the years have been constant. Then came the crash of Flight 3407 on a snowy evening in January 2009 and Beverly was gone, too.

My writing continues, and on this September 11th I think about lives -- Beverly's, Sean's, everyone's. Why write about them? Why read them. My first impulse to do Beverly's story was the amazing arc of her love of Sean and her determined efforts after he was gone. That story in itself was worth telling. But the more I've discovered about the lives and personalities of Beverly and Sean, the more I see other reasons to write and read their story. One of the main ones is that they offer lessons for us all. To see the unfolding of a life well-lived offers us an example to emulate. If an average person can do exceptional things, it gives us hope and inspiration and strength in our own struggles, our own quests.

And so, on this 13th commemoration of that terrible day, I express my gratitude for the example of two exceptional people. Beverly Eckert, for her artistic talents, her impish sense of humor, her generosity of spirit -- to friend and family alike, but most of all for her gutsiness, her drive and the shear force of her will once she set her mind on a course. She and a small group of other 9/11 family members took on Washington and won. Sean Rooney, for the way he could make anyone smile, anyone his fast friend; for his skills in the kitchen, in the garden and in the workshop, skills he shared with an open heart; for his courage and expansive spirit.

How so very sad that they were cut short too soon. How so very wonderful that they touched so many while they were alive. And when their stories are told, they will have a chance to touch even more.